The White Tiger and 'The Forgotten Guardian' 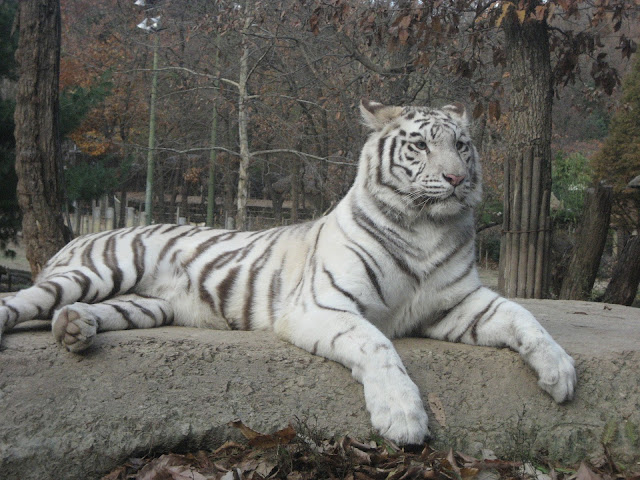 The Forgotten Guardian, the second book in my Geomancer’s Apprentice series, features a white tiger.

Such beasts hold a special place in Chinese mythology.

In ancient China, the white tiger symbolized war and military might. The white tiger also is one of feng shui’s Five Guardians. The beast represents the west, the fall season, and the feng shui element of metal.

Among other folklore surrounding the animal, it was said the white tiger would appear only if the Chinese emperor ruled with goodness, or if there was world peace. Another myth has it that a tiger’s tail would turn white when it reached 500 years of age.

Some ancient Chinese peoples worshiped the white tiger as a god. Today, a few Chinese minority groups still claim they are descended from the white tiger. They believe that the star of the white tiger fell to earth and gave birth to their ancestors.

In real life, white tigers are the result of a genetic mutation known as leucism. Leucism is akin to albinism. However, leucism involves a partial lack of pigmentation, whereas albinism is the complete absence of pigmentation.

White tigers are extremely rare in the wild, having been spotted only a few times in recorded history. Most of them are bred in captivity.

Why did I choose to include a white tiger in my book? First of all, I like tigers. They are the biggest cats in the world, and magnificent animals.

I did it also because of an experience I had when I was in Singapore during the Hungry Ghost Festival. My husband and I visited a makeshift temple where I saw a small altar on which was painted a crude picture of a tiger. A man was praying to the tiger. The man’s eyes were shut and he looked so desperate. Someone told me he probably was praying for good lottery numbers.

That memory has stayed with me, and I poured some of it into The Forgotten Guardian. 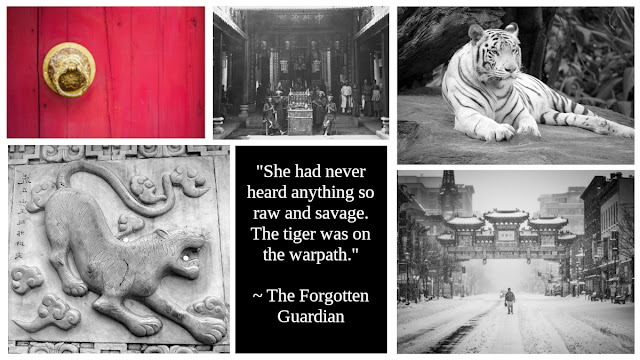