Showing posts from May, 2021
Show all

Does ‘Army of the Dead’ Make it Into My Top 10 Zombie Movies? 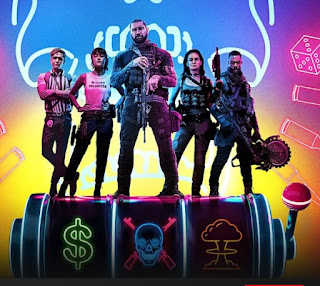 Photo: Netflix.com Netflix’s Army of the Dead is an over-the-top mashup of a Las Vegas heist movie and a zombie killfest. It has loads of action and some cool concepts, like a Siegfried & Roy zombie tiger. I loved the tiger and thought it was the best part of the movie. However, like much that occurs in Vegas, it’s glitz over substance. The movie favors mindless action and stock characters over plot and character development. Your heart pounds while the film is playing, but you’re not really moved by any of the characters. In fact, a few of the characters’ motivations are so improbable that I would have been happy to see them torn to shreds by the zombies. I mean, if you want to risk your life doing something so stupid … I also found the film’s runtime—at a shade under two and a half hours—too long. The first part of the movie, during which Dave Bautista’s character Scott Ward relives his backstory and recruits his gang of thieves, drags. Photo: Netflix.com I had such high hop
Post a Comment
Read more

Female Aviator Saves the Day in ‘Shadow in the Cloud’ 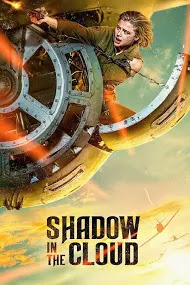 Shadow in the Cloud is a 2020 oddball New Zealand movie now streaming on Hulu. It doesn’t quite know what it wants to be—a wartime action film or a creature feature. It is charming and great fun for all that. There are quite a few edge-of-the-seat moments. What I particularly liked was how the female protagonist saves the day. This is what I and other women who yearn to be heroes (or superheroes) fantasize about. This is pure female empowerment. The movie takes place in 1943. Flight Officer Maude Garrett boards an allied B-17 bomber that is about to fly from Auckland to Samoa. She claims she is authorized by a high-ranking officer to ferry top-secret documents to the destination. The male crew members make her ride in the sperry—a gun turret mounted at the bottom of the bomber—on takeoff because they don’t have a seat for her. While in the turret, she discovers there is a nonhuman passenger on board who is intent on destroying the plane. By the way, “gremlins”—creatures that prey o
Post a Comment
Read more

A Ramble Through Old Graveyards 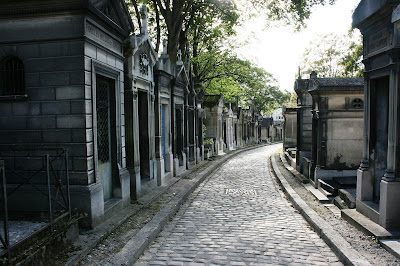 P è re  Lachaise Cemetery: Photo from Pixabay I have a thing about graveyards. It isn’t just because I’m a horror fan. I like wandering through old graveyards because they tend to be peaceful places. Some are historic, some are oases of inspiration, and some are just plain beautiful. My earliest memory of a graveyard was when I was about six. My family was visiting relatives in Johore, Malaysia, and I was playing hide-and-seek with my brother and the cousins. I followed the older kids into an old Chinese cemetery and we hid among the graves. My brother and I crouched behind a tombstone with raised sides. It was nicer than the other headstones, but neglected for all that. The cement was chipped and the site was weedy. There was a black-and-white photograph of an elderly woman on the tombstone. It was presumably whoever was buried at that spot. From where I squatted, I was face-to-face with her. Her eyes seemed to bore into me. I was petrified. I looked away, but I could still feel h
Post a Comment
Read more

A Shout-Out to Richard Matheson 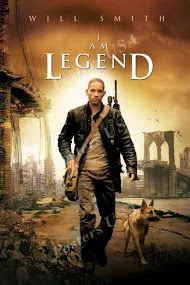 Have you heard of Richard Matheson? You should have if you’re a fan of horror and science fiction novels and movies. Matheson’s book I Am Legend spawned three movie adaptations: The Last Man on Earth  (1964), The Omega Man  (1971) and I Am Legend  (2007) starring Will Smith. Other Matheson books/short stories that were made into movies: Duel— Duel   (1971) A Stir of Echoes— Stir of Echoes (1999) Hell House— The Legend of Hell House (1973) Steel— Real Steel (2011) Button, Button— The Box (2009) What Dreams May Come— What Dreams May Come   (1998) Bid Time Return— Somewhere in Time (1980) Matheson also wrote screenplays for The Twilight Zone , Star Trek and Amazing Stories . His short story Nightmare at 20,000 Feet was the Twilight Zone episode in which a man on a flight looks out the window and sees a monster clambering on the airplane's wing. How about the iconic Zuni fetish doll who comes alive in the 1975 TV movie Trilogy of Terror ? The one holding a tiny knif
Post a Comment
Read more
More posts