Today is the Gaelic Festival for the Start of Spring 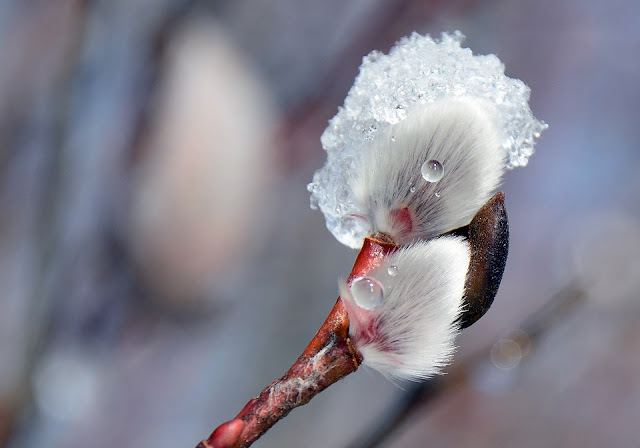 In case you didn't know, today (Feb. 1) is the start of Imbolc (also known as Imbolg or Candlemas), a pagan or Wiccan holiday that marks the beginning of spring. It is one of the four Gaelic festivals that honor the seasons. The other three are Beltane (May Day), Lammas (beginning of the harvest season), and Samhain (the welcoming of the harvest and the original Halloween). Imbolc is derived from Old Gaelic, meaning “in the belly of the Mother.” It refers to ewes carrying lambs in their bellies, or seeds nestling in the womb of Mother Earth. It has been observed since the 10 th century in Ireland, Scotland and the Isle of Man. The festival is also dedicated to Brigid, the Celtic goddess of fire and fertility. Brigid was later adopted by the Christians as Saint Brigid, the patron saint of newborns, midwives, dairymaids and cattle. Imbolc is celebrated from Feb. 1 to sunset on Feb. 2, during the midpoint of the winter solstice and the spring equinox. The traditional festivities
Post a Comment
Read more

Why Isn’t There a Cat in the Chinese Zodiac? 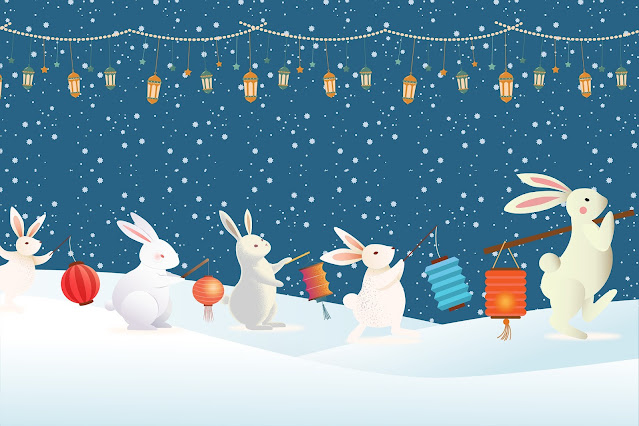 January 22 is the first day of the Chinese Year of the Rabbit. Many of you may be familiar with the 12 animals of the Chinese zodiac. Each animal represents a year in the Chinese calendar’s 12-year cycle. The animals are ranked in this order: rat, ox, tiger, rabbit, dragon, snake, horse, goat, monkey, rooster, dog, and pig. According to folklore, their rank was determined by the order in which they finished a race organized by the Jade Emperor, the ruler of heaven. Did you know the cat could have been in the zodiac? There are many variations of this tale of betrayal. One version has it that the rat and the cat were besties. They decided to run the race together. The cat kept late hours, so he relied on the rat to wake him up in time for the race. The rat promised he would. On the morning of the event, however, he broke his word and sneaked off without his friend. The wily rat was well aware that he didn’t stand a chance against the other animals. Everyone expected the strong and har
Post a Comment
Read more 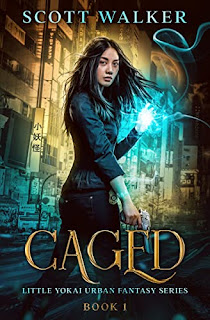 5 stars: ⭐⭐⭐⭐⭐ What a fun, interesting read! Author Scott Walker has built a fascinating world populated by Japanese mythological creatures who now roam the earth alongside humans due to a cataclysmic rift. The premise is interesting, the writing tight and the action fast-paced. I didn’t feel that any word in this book was wasted. The protagonist is one Keiko Miller, an agent at the Los Angeles Bureau of Souls with kitsune (fox spirit) powers. She and the other characters are believable, and all too human despite their superhuman abilities. Props for setting the book in LA. It gives this police procedural grit and color. The author included a glossary of Japanese words and spirits/gods which I found very helpful. The breadth of “yokai”—Japanese folklore entities—referred to in the book is bewildering. Fortunately, the glossary helped me to keep track.
Post a Comment
Read more Chinese New Year falls on Jan. 22 this year, kicking off the Year of the Rabbit. Have you ever wondered why the festival occurs on different dates every year? That’s because the first day of Chinese New Year is based on when the new moon appears between Jan. 21 and Feb. 20. Although Chinese New Year is also known as the Lunar New Year, the traditional Chinese calendar is actually based on a hybrid lunar/solar timekeeping system. The lunar calendar follows the moon as it orbits the earth. That only takes 354 days, compared to the 365 days it takes for the earth to orbit the sun (which determines the Western, or Gregorian, calendar). To ensure that the Chinese calendar keeps pace with the solar calendar, the Chinese add one extra month about every three years to the 12-month lunar year. The Chinese lunisolar calendar can be traced back to as early as the Zhou Dynasty (1050 BCE to 771 BCE). The calendar evolved through the centuries ruled by the different dynasties. Today, modern Chin
Post a Comment
Read more

Another Year Almost Over ... 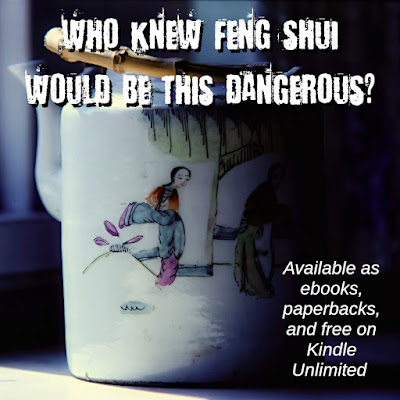 2022 has been a good year for my writing and publishing. For one, I released  The Corpse Ritual , the third book in my urban fantasy series, in August. It made my day when a reader told me “it’s the best” yet of  The Geomancer’s Apprentice  books. Another highlight: I reached over 120,000 page reads on Amazon’s Kindle Unlimited this year after I loaded the entire series onto the service in May. That translates to around 280 books, not taking into account my ebook and print sales. Thank you so much, dear readers, for your interest in my series. The numbers aren’t a lot for some writers, but amazing to this one. When I released my debut novel in February 2021, it was the fulfillment of a long-cherished dream to write fiction. I can’t believe I’m actually living the dream today. So what’s the plan for 2023? I’d like to release two more books in the series, the fourth and the fifth—and final—installments. Yes, Joe and Junie’s journey comes to an end, or at least this particular story a
Post a Comment
Read more 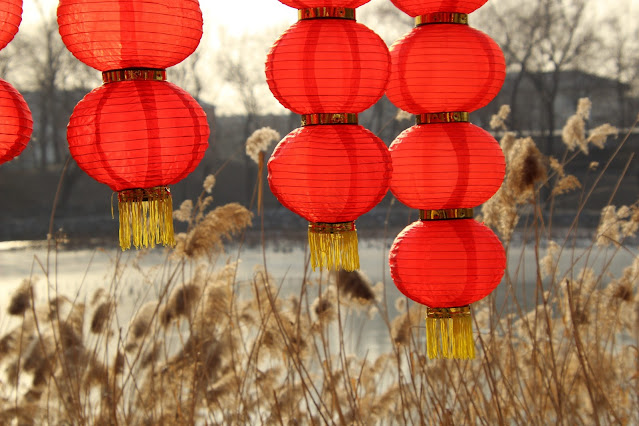 This year, the Chinese Winter Solstice Festival falls on Dec. 22. The winter solstice—known as Dongzhi, or “winter’s extreme,” in Mandarin—is also celebrated in Japan, Korea and Vietnam. In the Taoist philosophy of yin and yang, the festival marks the increase of positive (or yang) energy because the days start getting longer.  (Yin energy is negative, dark and feminine, while yang energy is positive, bright and masculine. That doesn’t mean yin is bad and yang is good. Yin and yang are the opposing energies of qi, the continuous life force in all living and nonliving things. Yin and yang must be balanced to create a harmonious environment, which is good feng shui.)  Dongzhi is a time for family reunion and the eating of traditional foods. One common food is tangyuan (or sweet dumplings), which are glutinous rice balls served in a sweet broth. The balls were traditionally pink and white. The women in the family would come together and roll the balls by hand from glutinous rice flour.
Post a Comment
Read more

It’s the Most Magical Time of the Year 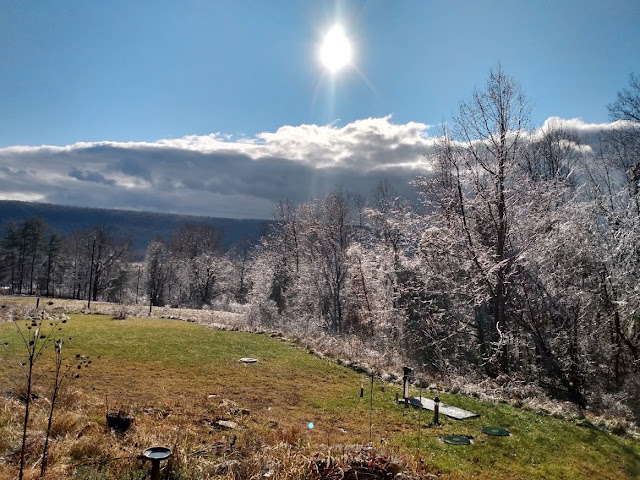 Today, Dec. 21, is the winter solstice. It is either the shortest day of the year, or the longest night, depending on your point of view. The winter solstice kicks off the 12 nights of the Yuletide (Dec. 21 to Jan. 1). The ancient Germans believed that during this period, a host of ghostly hunters known as the “Wild Hunt” would ride across the night skies. They were led by Odin, whose many roles included the god of the dead. The hunters mimicked the sounds of howling winds and storms as they swept up the souls of the dead as well as any unlucky live person and animal who crossed their path. The Yuletide feast was a sacrifice to secure blessings from Odin and the other gods for abundant crops and livestock in the spring. Like the ancient Germans, I’ve always found winter a magical time.  I’m originally from Singapore, where there are only two seasons: miserably hot with possible thunderstorms, or slightly less hot with possible thunderstorms. As a child growing up on a tropical is
Post a Comment
Read more
More posts