It’s My Book’s Birthday! So What Have I Learned About Publishing? 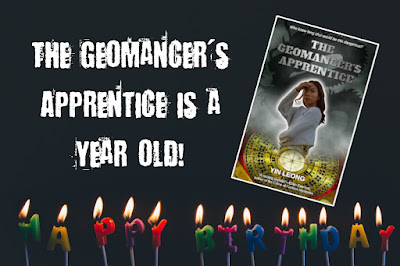 I can’t believe it’s been a year since I released The Geomancer’s Apprentice on Amazon’s Kindle Direct Publishing platform.

The book is an urban fantasy adventure about two underdog feng shui consultants who find, to their dismay, that they must save the world. It’s set in Washington, D.C., and borrows heavily from Chinese myth and folklore.

When I hit the “publish” button on Feb. 4 last year, I had no idea what to expect. I was both excited and afraid. Would my debut novel see any sales? Would readers trash it and confirm my very worst fears? Despite my angst, it was magical to see the book displayed alongside other books on Amazon.

Why did I go the indie route and self-publish? By mid-2019, I had a handful of completed manuscripts spanning fantasy, urban fantasy and horror. Instead of trying to acquire an agent, I sent two of the manuscripts to major publishers that accept unsolicited submissions. 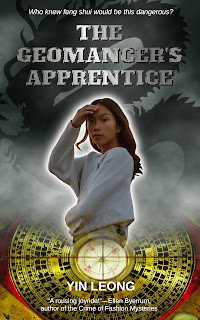 Predictably, both manuscripts were rejected. Given that many publishers prefer exclusive submissions where only one publisher at a time is considering your work, I realized it might be years of rejection before someone took a chance on me.

Amazon had already revolutionized the self-publishing business, allowing indie authors to reach a wide audience. I decided I didn’t want to wait any longer so I took the plunge. I chose The Geomancer’s Apprentice to be my debut novel because I thought that had the best shot at commercial success.

Before I published it, I went through another round of edits to make sure the manuscript was as polished and error-free as I could make it. I went with a cover that my husband designed because I liked its simplicity.

When the book was ready (or as ready as I could make it), I uploaded it and also enrolled it in Amazon’s Kindle Unlimited program. I then crossed my fingers and wished myself luck.

I hadn’t promoted the book before its release. Despite that, it sold quite well in the first two days of publication (enough to place it at around #79,000 on the Kindle Store’s best sellers rank).

After that, however, sales declined rapidly. In addition, the book wasn’t performing well on KU. I decided not to re-enroll the book in KU when the exclusivity agreement expired in May. Instead, I went wide by publishing The Geomancer's Apprentice on Barnes & Noble, Kobo, Apple and Google. This was in response to readers who wanted to buy the book on other platforms.

I changed the book's cover when I went wide. The main reason was that The Forgotten Guardian, the second book in the series, was in the works and I wanted a more unified look between Books 1 and 2. 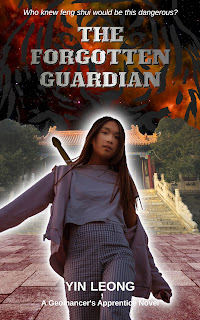 Sales started to improve after I went wide, partly because I was getting better at promoting the book through my blog and social media.

In October, I published Joss Paper, a collection of short horror stories that I’d written over the years. I released The Forgotten Guardian the following month.

The new books led to increased sales between October to December. I sold about an average of 28 books in each of the three months. Not a big deal for many authors perhaps, but a major improvement for me.

Experienced authors will tell you that the key to indie success is writing more books. That’s been my experience as well. It isn’t just the fact that you have more books to sell. The Geomancer’s Apprentice has increased in sales since the publication of The Forgotten Guardian. I’m also finding it easier to promote a series rather than a standalone book.

2. Engagement with fans is important

It’s important to know which genre your book falls into, because you need to know where the fans are. My series is clearly urban fantasy. I’ve been able to engage with fans of the genre through Twitter and Facebook, and it’s led to sales.

So far, most of my promotional efforts have been geared toward my urban fantasy series. As a result, sales have been small for Joss Paper. Short stories are challenging to sell, but I remain optimistic. 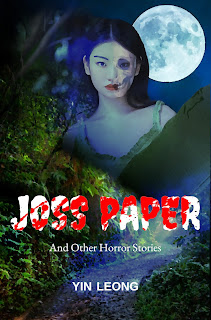 I’ve gone wide, but the bulk of my sales are in Amazon ebooks. Amazon is still the top platform for indie authors.

I’d like to thank the writing communities on Twitter and Facebook. I’ve learned—and continue to learn—so much from them. I’m amazed at, and grateful for, the willingness of authors to share their knowledge. Not only that, they serve as mentors, cheerleaders, and sources of inspiration.

I’ll conclude by saying the first year of being an author has been wonderful. It was the fulfillment of a long-held dream.

I also don’t regret going indie. In fact, the overarching emotion—and one that I continue to feel—is joy that my work finally is out there.

Would sales have been better had I undertaken the promotion work before publishing the book? Undoubtedly.

Is the publishing experience the same for every indie author? No. So much depends on the book itself, timing, and even luck. There's no substitute for being at the right place at the right time.

This year will bring new challenges, and hopefully new rewards. I plan to release the third installment of The Geomancer’s Apprentice series. I may publish another book as well, time permitting.