Showing posts from February, 2021
Show all

'The Wandering Earth' Had Me Lost at Times 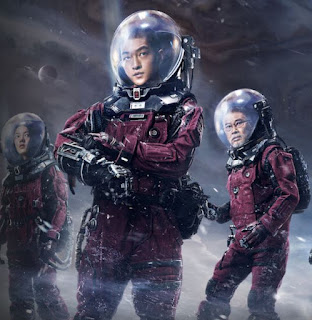 I finally watched The Wandering Earth , China’s 2019 science fiction blockbuster, now streaming on Netflix . The special effects were amazing, and the movie involved truly epic and innovative ideas. Everything was done on a grand scale. And the action was nonstop. However, so much was happening that I found the movie a little hard to follow. The fact that I had to read subtitles probably didn’t help. I also had a problem with the main characters. They weren’t fleshed out very well. I didn’t find them particularly relatable, or memorable. Photo: Netflix.com The movie’s basic premise is that the solar system is disintegrating (the sun is expanding and about to go supernova). Earth needs to find a new star system in order to survive. The countries of the world band together under the aegis of the United Earth Government. The joint aim is to migrate the planet to Alpha Centauri, a journey that will take 2,500 years. Trouble starts when Jupiter experiences a gravitational spike that pul
Post a Comment
Read more

Looking for a Killer Story? Nothing Wrong With Simple 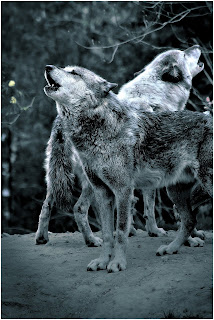 While watching Frozen on Hulu last night, a thought struck me. You don’t always need an elaborate or complex plot when you’re writing fiction or making a movie. The plot of the 2010 horror movie (it’s not the one with the Disney princesses) is simple—three college students are trapped on a chairlift just as a storm breaks. It’s night, nobody else is around and the ski resort has shut down for the next few days because of the storm. They’re dangling above the snow and it’s very, very cold. If that’s not bad enough, hungry wolves start appearing. Photo: Pixabay.com Implausible? Perhaps, but the movie had tension, fear and excitement. Even hope. You even liked the characters. As a writer, I’m perpetually on the lookout for something that might make a good story. The movie demonstrates that you don’t always need weeks of research or endless plotting to deliver something entertaining and interesting (although accuracy is always nice, and character development is paramount). There are
Post a Comment
Read more 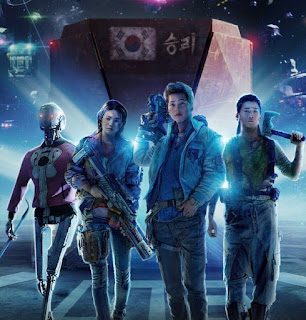 I wasn’t sure what to expect from Netflix ’s Space Sweepers . The movie has been described as South Korea’s first space blockbuster, and it was my first time watching a South Korean science-fiction flick that takes place in outer space. Space is particularly challenging because so much depends on the filmmakers’ and set designers’ creativity. Well, I thoroughly enjoyed the movie. It was a fun, fast-paced and exciting adventure that pays homage to Firefly , Star Wars and Guardians of the Galaxy . The premise was believable, I liked the characters and the sets and visual effects were amazing. One example—that ground to space elevator! The movie is set in 2092, and Earth is polluted and ailing. It’s a dog-eat-dog world down here, which the rich and powerful escape with the help of UTS, a company founded by philanthropist James Sullivan. UTS has built a floating utopia in outer space where the grass is green and people live idyllic lives. UTS’s next plan is making Mars habitable and shi
Post a Comment
Read more

"Hell Fest" Made Me Nostalgic for the Good Old Days 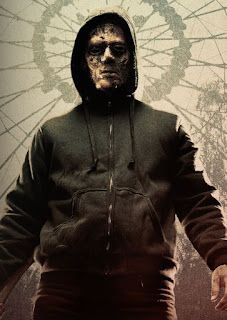 I watched Hell Fest , a 2018 slasher movie currently streaming on Netflix . It made me miss the good old days. In the movie, a group of teens visit a horror-themed amusement park during Halloween. They run into a masked killer who proceeds to stalk and murder them one by one. The movie had its moments, but ultimately I found it formulaic. The violence was more graphic than I like. Photo: Netflix.com To be clear, I'm not a fan of haunted houses, let alone an entire Halloween-themed amusement park. I was put off haunted houses forever after visiting one in Eugene, Ore., run by the Jaycees. It was such an intense experience and I was so terrified that I’ve never been able to step in another haunted house since. Despite that, I found myself jealous of the protagonists while I was watching the movie. Not about being stalked by a mad man who likes sharp objects, of course. What I envied was the teens’ unbridled freedom to mingle shoulder-to-shoulder with total strangers in a large crow
Post a Comment
Read more

Five TV Shows I Wish They Would Bring Back 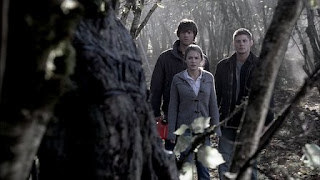 Supernatural The final season for Supernatural wrapped up last year (Season 15), and I wish the series would start up again. I can’t imagine life without the Winchester brothers. You can watch Supernatural reruns only so many times on Netflix . Okay, the show was getting a little stale and the actors sometimes appeared to be phoning it in for the final season. But when it was good, it was really good. Mind you, I wasn’t fond of the overarching plots. I liked it best when it was just Dean and Sam hunting monsters. Many of those episodes were genuinely scary. Photo: Netflix.com One especially memorable episode was when the brothers were tricked into attending a Supernatural  convention (Season 5, Episode 9). It’s hilarious how they interact with the cosplayers, some of whom are dressed as them. And don’t worry—real ghosts actually turn up. Another memorable episode (Season 13, Episode 16): Dean and Sam are sucked into an episode of Scooby-Doo, Where are You? Two of my favorite gro
Post a Comment
Read more

My Book "The Geomancer's Apprentice" Now Available on Amazon 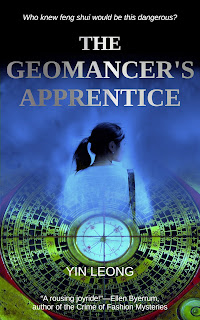 I’ve been pretty quiet for a while, and that’s because I’ve been working hard to get my book published.  Well, I finally did it, after a lot of angst and handwringing. Here it is:  Blurb Junie Soong reaches a new low in her life after being fired from Starbucks. Her brother is brilliant, her parents are stars in their professions, while she … trails behind in everything. Her mother finally talks Joe Tham, a struggling geomancer and feng shui master based in Washington, D.C.,’s Chinatown, into taking Junie on as his apprentice.  Junie tags along when Joe is summoned to a client’s house to deal with her cellar's unhealthy atmosphere. While there, they stumble upon a weird sinkhole that appears out of the blue. Junie finds out during their investigation that monsters are real. She also discovers she may be the last of a line of warriors who possess the ability to control qi , the essential life force underpinning the universe.  Junie must now race against time to learn how to wield he
2 comments
Read more
More posts