I saw The Company of Wolves recently. It’s a 1984 British anthology film about a young girl who dreams about werewolves.

The movie is a little heavy-handed in its symbolism and warning to young women to steer clear of predatory “wolves” in the woods. Its special effects also are dated. However, I still liked it for its dreamlike quality and ominous atmosphere (are European woods really that dark and damp?).

The movie did get me thinking about werewolves in general. To be honest, I’ve always felt sorry for the creatures. Let me clarify first that I’m not talking about shape-shifters who can change at will, like Jacob Black’s Quileute tribe in the Twilight flicks. I’m discussing the werewolf as portrayed in movies, who acquires his or her condition through a bite by a (usually unseen) savage animal.

In addition to being victims, werewolves have no agency. Their shape-shifting is dictated by the cycles of the moon, and they can’t control themselves once they transform. Because they are a danger to everybody around them, their ultimate fate is to be hunted down and killed with a silver bullet.

I ranked my favorite vampire flicks in a previous post. Here are what I consider to be the best werewolf movies. They’re listed in no particular order. Unfortunately, only two are available via free streaming services.

British soldiers training in the Scottish Highlands are hunted by mysterious assailants. They retreat and seek refuge in an isolated house. That’s when the fun really starts.

If I were to rank the movies, Dog Soldiers probably would top the list. It’s heart-thumpingly terrifying. And even though it was made 20 years ago, the special effects are still pretty good.

Two American backpackers are attacked by an animal while hiking in the Yorkshire moors. One of them is killed. The other finds himself changing into a werewolf during the full moon. Even worse, his friend comes back as one of the undead to haunt him.

This horror-comedy directed by John Landis was a commercial and critical success when released in 1981. The special effects were created by Rick Baker, who went on to win the first-ever Academy Award for Best Makeup for his work on the movie. An American Werewolf in London is now a cult classic. 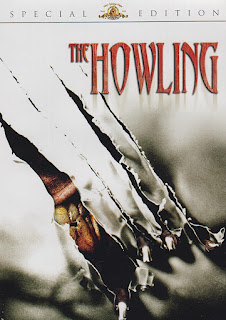 A television anchorwoman suffers from amnesia after she helps the police to apprehend a serial killer who was stalking her. She is sent to a secluded resort to recuperate. Her husband is seduced by one of the women there, after which he begins to change. The anchorwoman soon discovers the resort’s horrifying secret.

The Howling also was released in 1981, which obviously was a good year for werewolf movies. The film was directed by Joe Dante. Like An American Werewolf in London, The Howling was lauded for its special effects (created by Rob Bottin), which were groundbreaking at the time.

The Howling has spawned seven sequels, none of which matches the quality of the original film. According to entertainment news, director Andy Muschietti is set to direct a remake of The Howling for Netflix.

Vampire-warrior extraordinaire Selene finds out that the lycans are after a human named Michael Corvin. She captures him herself, and uncovers shocking secrets that could turn the tide in the war between vampires and werewolves.

The first movie in the Underworld franchise was the best, in my opinion. It’s slick and fast-paced.

This period film is set in the late 1800s. An American actor returns to his sprawling ancestral home in the British village of Blackmoor after his brother disappears. When he arrives, his father informs him that his brother’s body has been found, and it appears he was killed by an animal. The actor is attacked by a werewolf while delving into his brother’s death.

The Wolfman is a remake of The Wolf Man, the iconic 1941 movie starring Lon Chaney Jr. The 2010 version bombed at the box office.

I found The Wolfman slow, but I liked the atmospheric settings and beautiful cinematography. Rick Baker won another Academy Award for Best Makeup for the special effects.

A New York book editor is bitten by a wolf while driving home from Vermont. His personality starts to change, and his new aggressiveness is an advantage in the dog-eat-dog publishing business. Unfortunately, the police suspect him of murder after his wife is killed.

This movie is darkly satirical and stylish, with great stars including Jack Nicholson, Michelle Pfeiffer AND James Spader. Not only that, the music is composed by Ennio Morricone. 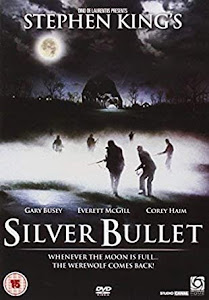 This Canadian horror movie revolves around two teenage sisters who live in the suburb of Bailey Downs. One of the sisters is bitten by a werewolf. The other sister tries to save her before her aggression spirals out of control.

This edgy flick has since become a cult favorite. You can watch the movie for free (with advertisements) on The Roku Channel, Tubi and Crackle.

A boy in a wheelchair discovers who is behind a series of murders in his rural town of Tarker’s Mills, Maine.

The movie is a little cheesy and predictable, and the special effects aren’t the best. However, it’s based on a novella by Stephen King, and it’s a cult classic.

An overnight train from London runs into serious trouble when it breaks down in a remote and thickly forested area. 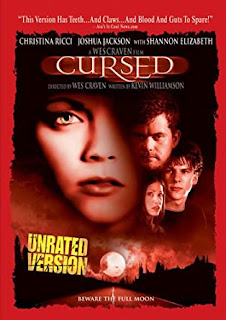 As an indie author, I appreciate quality flicks made by independent filmmakers. This British indie gem is enjoyable and surprisingly effective. The makers of the movie also deserve kudos for managing to make a train ride so damn scary.

You can watch Howl on The Roku Channel and Tubi.

A woman and her teenage brother crash into an animal and another car while driving along Los Angeles’ Mulholland Drive. Before they can rescue the other driver, something drags her away and rips her apart. The siblings are injured during the rescue attempt. They undergo changes that make them realize they are turning into werewolves.

This movie was written by Kevin Williamson and directed by Wes Craven. I found it fun and entertaining even though it was panned by critics and flopped at the box office.

I also liked the performances by Christina Ricci and Jesse Eisenberg. Judy Greer, one of my favorite actresses, was an absolute hoot.