Finally, a New Vampire Movie You Can Sink Your Teeth Into

- August 24, 2021
I watch a lot of bad horror movies. Heck, my family thinks I watch nothing but bad horror movies. Recently, however, I saw something that made me think, “Damn, that was a good one. Good enough to crack my top 10.”

I’m talking about Netflix’s Blood Red Sky, a German vampire movie that takes place on a plane in mid-flight.

The premise: a German woman and her young son embark on a flight to the United States. The doctors there think they have a cure for her condition. Her flight is hijacked by a group of brutal terrorists. To protect her son, she has no choice but to reveal her secret.

The movie is slick. The protagonist is relatable and very sympathetic. You care right up to the end. The pace is fast, the action sequences are exciting. The vampires themselves are scary and feral. The claustrophobic setting makes them even more terrifying.

As you can probably tell, I like my vampires to be frightening. None of that Twilight nonsense (although I have to confess that I liked the first Twilight movie. I would kill to live in that glass house surrounded by the misty beauty of the Pacific Northwest. Edward himself … meh).

It also bears noting that the vampire genre is a tough one. There are many bad vampire films (such as Love at First Bite); the good ones are few and far between. The temptation is great for filmmakers to go over the top with the bloodsuckers. Regrettably, some of the flicks seem more like extended sex tapes. Is it asking too much that a horror movie focus on dread and terror?

One caveat: I know I’ve maligned Love at First Bite, but I’ve nothing against funny vampire movies. There are a few in my top 10 list. I just want the vampire itself to curdle my blood.

Enough with the rant. Here’s my revised list, ranked from bottom to top:

What happens when a lawyer is summoned to an introverted nobleman’s castle in Transylvania to handle real estate transactions? Bad things, that’s what. Moving’s a bitch.

A true classic, with beautiful cinematography. Gary Oldman manages to inject some poignancy into his role as the nasty count.

Vampire-warrior extraordinaire Selene finds out that the lycans are after a human named Michael Corvin. She captures him herself, and uncovers shocking secrets that could turn the tide in the war between vampires and werewolves.

The first movie in the Underworld series was the best, in my opinion. The later installments are a mixed bag.

Underworld is streaming on Netflix.

The spooky, abandoned house on the hill in Jerusalem’s Lot, Maine, has new owners. At the same time, the town’s population starts to rapidly decrease.

I watched this some time ago, but still remember it as being pretty scary. 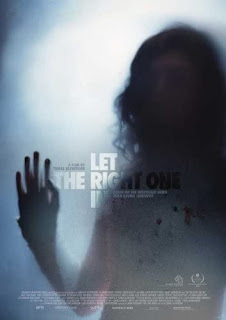 A bullied Swedish boy befriends a strange, reclusive girl at the playground one evening. She helps him deal with the bullies.

The icy setting added to the movie’s atmosphere of dread. Full disclosure: I haven’t seen the later American remake.

Let the Right One In can be watched on Hulu.

Charley Brewster believes vampires have moved in next door. His mother and his best friends don’t believe him. He turns to a former movie vampire hunter for help with the new neighbors.

Hilarious, with moments of fright. Roddy McDowall is a hoot as Peter Vincent, the one-time star of vampire movies.

Two bank robbers kidnap a pastor and his children, who are vacationing in their RV. The robbers make the pastor drive them across the border to Mexico. Unfortunately, the bar at which the robbers plan to meet their contact is a vampires’ lair.

This Quentin Tarantino flick is a high-speed, gore-filled fun ride.

A newly divorced woman and her two sons move to Santa Carla, Calif., to live with her father. The boys soon discover there’s something wrong with the town. What’s the problem? It has too many damn vampires.

I can watch this movie over and over again.

Will Smith is Robert Neville, an army virologist who may be the last living person in Manhattan. He tries to find a cure for an infection that has turned people into cannibalistic mutants.

I know there is some debate as to whether the infected are zombies or vampires. I am a big fan of Richard Matheson’s novella, so they’re vampires, okay? 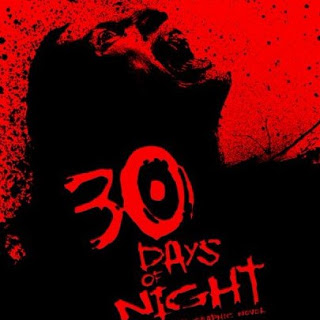 The town of Barrow, Alaska, is settling in for its month-long polar night. A group of opportunistic vampires prey on the townsfolk.

I was on the edge of my seat for most of this movie. Truly terrifying.

30 Days of Night is streaming on Hulu.

Let me know if you think I’ve missed any fabulous movies. I do have an honorable mention:

High school senior Buffy Summers is enjoying her life, until she finds out about her new slaying responsibilities. Unfortunately, the job comes with more homework than she’s used to, and the assignments are real killers.

I’ve fond memories of the movie because it spawned one of my favorite TV series. The movie is available to watch on Hulu.