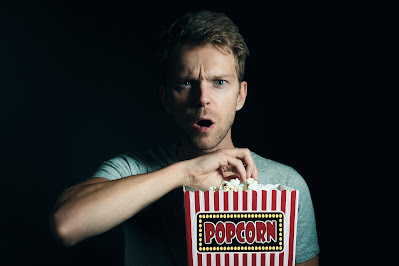 Are you tired of the never-ending horror movie franchises? Want to watch something this Halloween that may not have gotten too much attention?

I have a few recommendations for you.

In July, I blogged about movies that many horror fans might not have heard of. It was one of my more successful posts. I’m doing it once more for this spooky season.

Again, I want to stress that I generally am not a fan of slasher movies. I don’t like overt gore and gratuitous violence. What I do like is mounting dread and dark atmosphere. I want cold fingers tickling my spine. I want the hair on the back of my neck to stand. I also have a thing about ghosts and haunted houses.

Many of the flicks I’m recommending don’t have much in the way of jump scares. Some of them are old so you may have forgotten about them. The chill factor is what these movies have in common.

The movies are listed in no particular order. 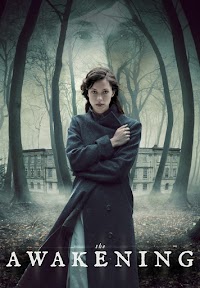 A writer who debunks paranormal phenomena investigates an alleged haunting at a boy’s boarding school in post-World War One Britain.

I particularly like horror movies set during this period. Perhaps it’s because so many of my favorite Gothic horror writers, including M.R. James and Algernon Blackwood, wrote at this time.

The spiritualism craze during and after WW1 also is great fodder for horror fans. Famous people who believed the living could communicate with the dead included Thomas Edison, Sir Arthur Conan Doyle, and Queen Victoria. One famous debunker, of course, was Harry Houdini.

The Awakening is all about atmosphere and quiet horror. It’s also beautifully filmed and well acted.

The movie is available to stream on Tubi, if you don’t mind advertisements.

An overnight train from London runs into serious trouble when it breaks down in a thickly forested area.

As an indie author, I appreciate quality movies made by independent filmmakers. I found this werewolf flick fun and enjoyable, and surprisingly effective. The makers of the movie also deserve kudos for managing to make a train ride so damn scary.

Howl is available to stream on The Roku Channel and Tubi (with ads).

A mother and her young child move into a new apartment during a bitter custody fight with her ex-husband. Due to climate change, it will not stop raining. Scared already? It gets worse. The mother starts seeing a mysterious little girl hanging about her apartment building.

The movie also revolves around the horrors of single-parenting. I’m only partly kidding. I feel for this woman. Personally, I preferred the original Japanese version to the 2005 American remake, which I also enjoyed.

Dark Water can be streamed on Tubi or AsianCrush.

If you like fairy tales, this one’s for you. A British conservationist and his family move to a small village in Ireland that is surrounded by dense forest. While exploring the forest, he finds a strange fungal substance on a dead deer. The locals tell him to stay out of the forest for fear of angering the wee folk known as “The Hallow.”

I love the dreamlike quality of the movie. It turns out not all fairy folk look like Tinkerbell. This is so dark it could have been torn from the Grimm Brothers’ collection. 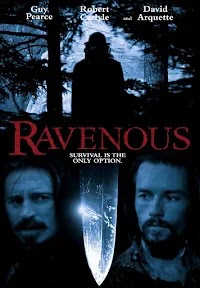 Soldiers in a remote outpost run low on rations due to winter storms. They discover, to their horror, that one of them is a cannibal.

I’m always surprised that this movie, despite major stars like Guy Pearce and Robert Carlyle, doesn’t receive much attention from the horror community.

Warning: It is disturbing. Its gruesome subject matter may be a little too much for those with weak stomachs.

An asbestos cleanup crew is hired to work at an abandoned mental asylum. The hectic schedule soon has the team members sniping at each other. Then someone starts picking them off.

The movie’s dark atmosphere and nightmarish quality will give you nightmares. This is psychological suspense at its best. The movie didn’t do well at the box office but has since developed a cult following.

No, this is not Halloween III: Season of the Witch. This movie stars Nicholas Cage and Ron Perlman. It’s set in the Middle Ages.

The Black Death crushes Europe in its grip. Who’s to blame? Witches, of course. Two former knights who fought in the Crusades are hired to transport a witch to a monastery so that the monks can lift her curse from the land.

I thoroughly enjoyed this movie, not least for the great scenery. It was filmed in Austria, Hungary and Croatia. Some may argue that this is more action/adventure than horror. Fight me. This movie has witches, demons AND Nic Cage in tights. And did I mention wolves? ’Nuff said.

Season of the Witch is available on Tubi.

The lives of two privileged Thai girls are adversely impacted by the 1997 Asian financial crisis. They make a suicide pact, but one chickens out at the last minute. Years later, eerie things start to happen when the survivor tries to develop the building (now abandoned) where her friend committed suicide.

This movie is genuinely creepy.

Students making a documentary about Alzheimer’s film a woman who has the disease. As the woman’s behavior grows increasingly erratic and bizarre, they realize there may be a more sinister force at work.

A found-footage movie done right. The horror mounts as the filmmakers and the audience realize what is going on. Props to Jill Larson and Anne Ramsay (acting as Deborah and her daughter Sarah) for their skill in making the characters so real and tragic.

The movie can be streamed on Tubi.

This Icelandic movie weaves two stories together. A doctor in a small town helps the police to investigate a series of strange deaths. Meanwhile, a couple and their friend fix up a house on a remote island so they can rent it out as a B&B. As the doctor mourns his missing son, he discovers the deaths may be connected with another missing boy who vanished decades earlier.

I found this movie chilling. The cold and spare landscape is as much a character in the movie as the people.

I Remember You is available on Hulu.

American ghost hunters investigate a tropical island with a dark past … 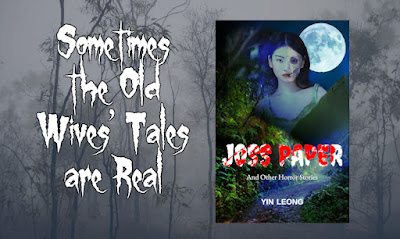