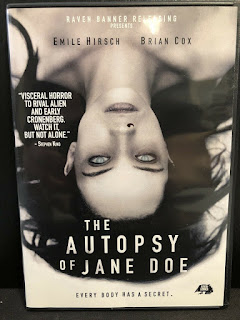 How do you like your horror movies? With lots of slicing and dicing, and blood splatter everywhere? Or do you prefer jump scares and edge-of-the-seat tension?

How about a mounting sense of dread? The slow burn toward terror?

I’m generally not big on serial killer/slasher flicks. I couldn’t finish watching The Midnight Meat Train (2008), for example. It's way too gory and violent for me. I also haven’t seen any of the Saw or Texas Chainsaw Massacre movies.

I prefer dread and atmosphere. I want chills that send cold fingers down your back, that will stay with you for days. I like the sort of movie that—when you think you’ve forgotten all about it—suddenly plays back in your mind at 3 in the morning when you’re alone and you just heard a weird sound in the next room.

The movie also gets bonus points if it has a strong female protagonist.

Below are 10 movies that I particularly liked. They aren’t big box-office hits and they haven’t been shown widely in theaters nationwide. Two of them do feature serial killers, but the gore isn’t over the top.

They are listed in no particular order. I hope they scare you as much as they scared me.

This Spanish gothic horror gem was directed and co-written by Guillermo del Toro. For an American audience, this isn’t one of del Toro’s better-known movies, but it has atmosphere and dread in spades.

The film is set in Spain. It’s 1939, the last year of the Spanish Civil War. A little boy arrives at a haunted orphanage and learns its dark secrets.

Watch this alone in a dark room. You’ll soon want to turn the lights on.

A woman’s body is found at a site of multiple homicides. She has inexplicable injuries. Weird things happen while the town coroner and his son perform an autopsy on the corpse. 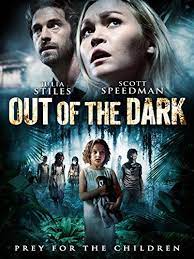 A couple and their daughter move from the United Kingdom to a town in Colombia. The wife is set to manage the paper mill that her father owns there. Their arrival coincides with the town’s Los Niños Santos Festival. Not only is their new home haunted, their daughter comes down with a mysterious illness.

The movie can be streamed on the Roku Channel.

The Louisiana bayou is the star in this movie.

A woman moves in with her estranged father in Louisiana after she is crippled in an accident. Her mother died from a brain tumor soon after she was born, and she was raised by her aunt. She senses a presence in her father’s house. She finds videotapes that may explain what is going on.

The movie is available on Tubi.

What’s more scary than being in a hospital, especially if you’re helpless and the hospital is old and decrepit?

A woman is paralyzed after being hit by a car. While in the hospital, she is attacked by a malignant ghost.

Nails can be watched on Tubi.

You’ll find yourself really rooting for this spunky heroine.

A deaf author is targeted by a serial killer at her remote house in the woods. She tries her best to outwit him.

The movie is available to stream on Netflix.

Does anyone else find empty college campuses creepy? If you do, this is definitely the horror flick for you.

A college student stays in the dorm while most of her schoolmates go home for the Thanksgiving holiday. She is pursued by a cult of sadistic killers. 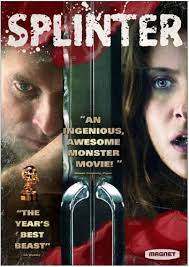 Gas stations can be frightening places in the middle of the night. Even more so when you’re surrounded by zombies with splinter-like growths on their bodies.

A woman and her boyfriend are carjacked and kidnapped while on a camping trip. When they and their kidnappers stop for gas at a remote gas station, they find themselves under siege by people who have been infected by a parasitic alien fungus.

You can watch Splinter on Tubi.

A teenager moves out of rehab to a new town with her family. Her sister tells her an urban legend about the town in which kids are killed on the railroad tracks when a train crashes into their school bus. The teen starts to see ghosts. Meanwhile, someone begins killing the townsfolk.

This is a British anthology horror flick. I found the first story especially terrifying.

A professor who has his own TV show debunking fake psychics is asked by a former paranormal investigator to look into three old cases.