Halloween Countdown: the Story Behind the Jack-o'-Lantern

As an author who writes urban fantasy books based on Asian myth and magic, you know I like folktales and mythology.

I was delighted to find that October 11 is Myths and Legends Day. What better way to celebrate that, AND the spooky season, than to tell you the Irish folktale behind the jack-o’-lantern?

It all starts with a man they called Stingy Jack. Jack invited the Devil to drink with him. He didn’t want to pay for it, so he tricked the Devil into turning himself into a coin that Jack could use to buy the drinks. Before the Devil could turn back, Jack put the coin in his pocket next to a silver cross, which prevented the Devil from transforming back to himself.

Jack agreed to release the Devil only if he promised to leave Jack alone for one year. Jack also made the Devil promise not to take his soul should he die within that year. 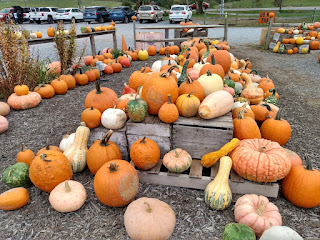 Before the year was up, Jack tricked the Devil again by making him climb a tree to get fruit. Before the Devil could climb down, Jack trapped the Devil in the tree by carving a cross on the trunk. This time, the Devil had to promise to leave Jack alone for 10 years before Jack released him. 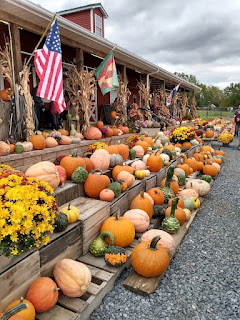 Jack died before the 10 years were up. He couldn’t go to Heaven because of his wild ways. The Devil wouldn’t let him into Hell either, so he was forced to wander the earth. As a parting gift, the Devil gave Jack a piece of burning coal to light his way in the dark. Jack put the light into a hollowed-out turnip and has been using it ever since.


The Irish know Jack and his lit turnip as Jack of the Lantern. The name eventually was shortened to Jack o’ Lantern.

In Ireland and Scotland, people carved scary faces on turnips and potatoes. They placed these vegetables on windowsills and near doorways to scare away Stingy Jack and other wandering spirits. The tradition was brought to England and America by Irish immigrants.

In America, the immigrants started carving up pumpkins instead of turnips. That led to the jack-o’-lantern that we know today.