A Spooky Night at the Library 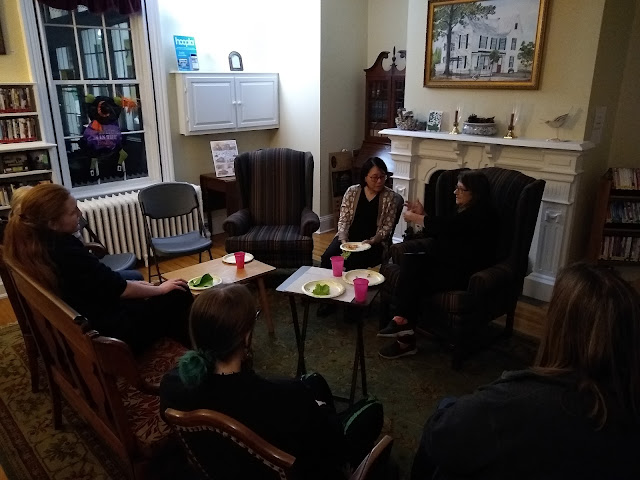 I had a thoroughly enjoyable evening Oct. 27 telling and hearing ghost stories at the Strasburg Community Library.

The library is housed in a building that started out as a log home in 1778. In 1882, the property was bought—and subsequently enlarged—by one Dr. James Crawford. I and other library patrons traded our true-life tales of terror in the parlor, which served at one time as the room in which Crawford examined his patients.

Let me just say there was plenty of atmosphere in the parlor for the event. One of the stories, told by library manager Cheryl Metz, involved the ghost haunting the library itself. If you’re at the library at night, you can sometimes hear footsteps as the ghost walks to and fro on the second floor.

I also heard chilling accounts of homes haunted by the ghosts of civil war soldiers, shadow people, and disembodied voices. There was even one wendigo sighting.

I shared a story in which an errant spirit attached itself to my mother after she drove by a graveyard late one night.

Thank you to the library for inviting me to be part of this fun Halloween event! 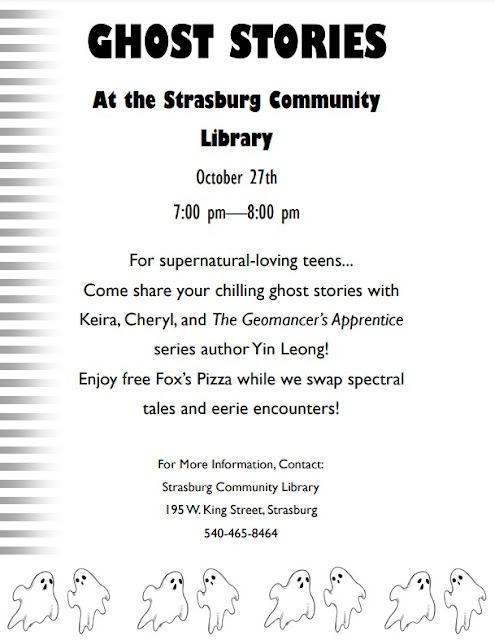