Beware. We’re in the Midst of the Chinese Halloween … 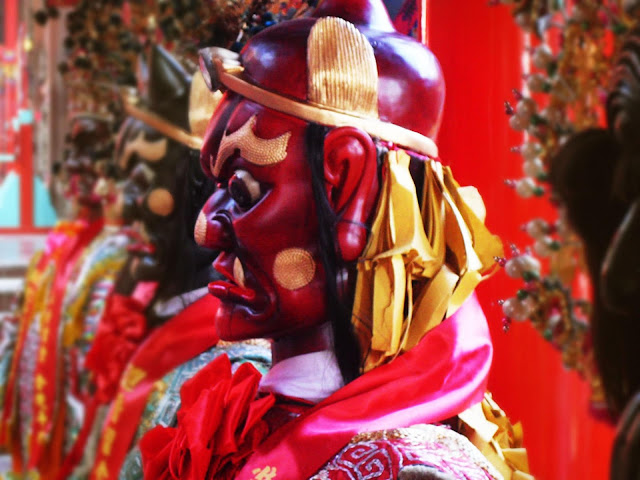 We're in the seventh month of the lunar calendar. It's the Chinese Hungry Ghost Month, which started July 29 and ends August 26. During this period, the gates of hell open and ghosts wander the earth hoping for a meal and some entertainment.

It’s a major festival for Chinese people of the Taoist and Buddhist faiths. They burn joss sticks, ghost money and ghost goods (papier-mache watches, cars, houses and other luxury products) to ensure their ancestors are well taken care of in the afterlife. They also place food and fruit offerings on makeshift altars for the dead.

People with the sixth sense may glimpse ghosts with long, pencil-thin necks eating the food late at night. It’s also said that if you taste the food from the altar (please don't—you're asking for bad luck), it would be flat and bland because the spirits have already feasted on its essence.

At this time, temporary stages are set up to provide music and entertainment for the ghostly realm. You’ll see the performances in countries with large Chinese populations. Chinese opera was the popular choice in the past. Today it’s more likely to be live music and comedy skits.

One important warning: don’t sit in the first two rows of these performances, known as “getai.” First-class seating is reserved for the deceased.

The Hungry Ghost Festival culminates on the 15th day (in this case August 12), when a big feast is prepared for the spirits. On this day, the partition between the human and spirit worlds is at its thinnest, so take care. 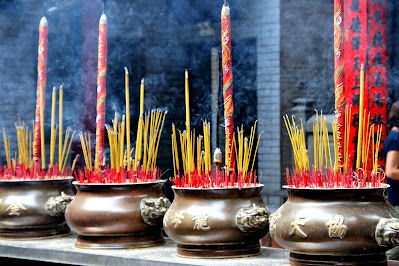 The Ghost Month is generally considered a period of bad luck, so there are some things you should avoid doing. Don’t start a major business operation, and try to postpone major events such as weddings or medical procedures.

There are other don’ts, such as:

You have been warned.

[The photos are from Pixabay.com.]