This Castle Needs Its Own Urban Fantasy TV Series or Movie 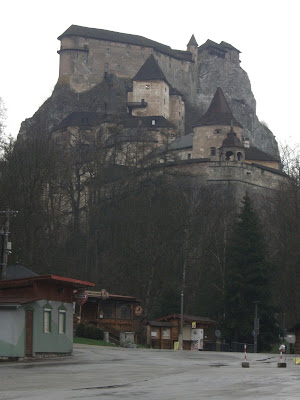 As a writer of urban fantasy stories, I'm always on the lookout for places with interesting histories or urban legends. Some buildings or locations, however, are so dramatic they don't need anything more than their physical presence to qualify them for their own urban fantasy series. 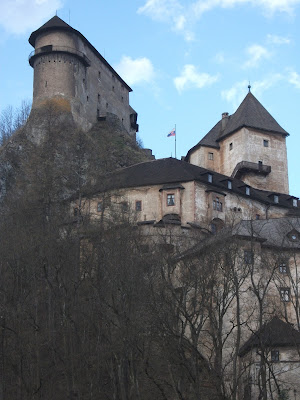 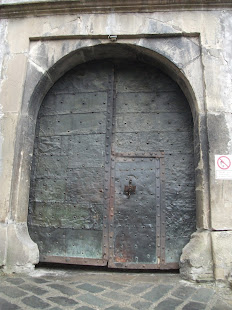 It's a gorgeous (and forbidding) 13th century castle built on a 367-foot-high rock formation. It's surrounded by the Orava River in the Slovak village of Oravsky Podzamok. Its present form was finished in 1611. It burned down in the 1800s, after which it was abandoned as a dwelling. It only became a national monument after World War II.

If you think the castle looks familiar, parts of the 1922 movie Nosferatu were filmed there. Just look at it. See the doorknob (or door knocker, I forget which). It's a dragon. A freakin' dragon. SO COOL.

I'm still upset that I couldn't get in when I visited Slovakia in 2018. The castle was closed that month. Real bummer.

We arrived at Oravsky Podzamok by train on a Friday evening in April. It was pitch-dark everywhere except for the castle looming over the village. It took my breath away. It was eerie enough to give me goosebumps.

This is the sort of place where the peasants come with pitchforks and flaming torches demanding to see the master of the house.

I absolutely love it. 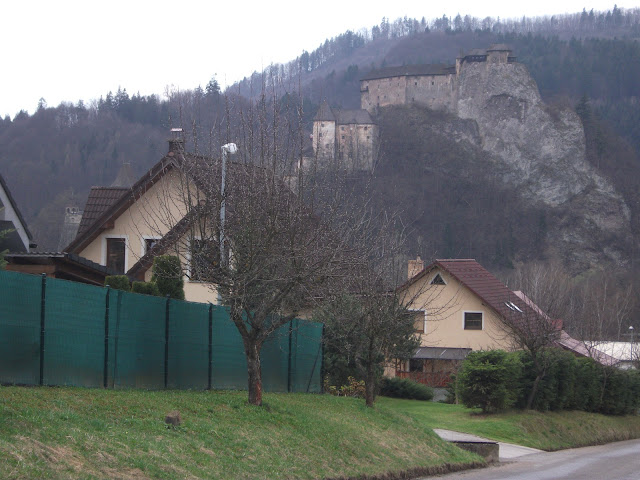