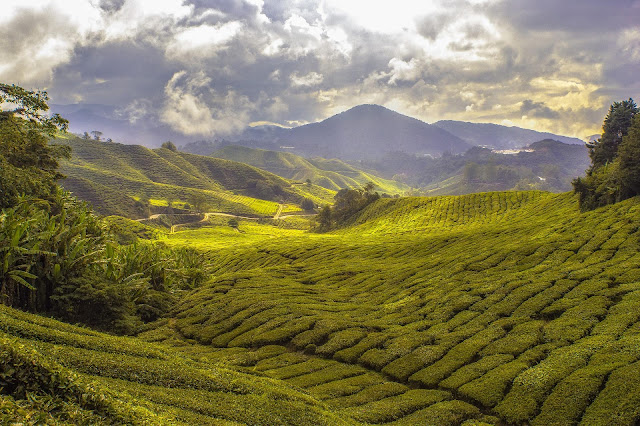 So what are they? You may know them as ley lines.

Almost every ancient culture has its version of such routes. They are known as “fairy paths” in Irish folklore. The aborigines of Australia call them “dreaming tracks” or “songlines.” The people of ancient Peru referred to them as “spirit lines.”

Such pathways have been recognized in China for thousands of years. Dragon lines are roadways of qi, or vital energy, that cut across the world. The lines correspond to the concept in Chinese medicine of the human body’s meridians—energy passageways associated with the various organs. 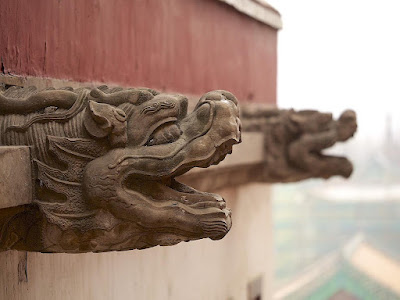 According to the ancient Chinese, dragon lines originate from certain geographical locations, typically a low hill set in a valley. The energies are the most potent and active at these “dragon hearts.” The best and most auspicious sites on which to build are where dragon currents converge with the energy routes of the White Tiger. Put in feng shui terms, the Azure Dragon’s yin (or female) energy is harmoniously balanced with the White Tiger’s yang (or male) energy at these areas.

[The Azure Dragon of the East and the White Tiger of the West are two of the four Chinese mythological guardians of the cardinal directions.]

The energies from dragon lines aren't always beneficial. They can build up to dangerous levels if the pathways run too far in a straight line.

In prehistoric times, people built barriers in the form of mounds, stone circles and other structures to break up the straight lines and to disperse the energies. In more modern eras, the energy buildup was diffused with architectural elements. For example, buildings on the same street were constructed with roofs and eaves of varying heights. 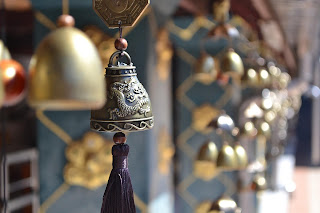 Dragon lines are integral to feng shui, the art of Chinese geomancy.

Geomancers are people, almost always men, skilled in the practice of feng shui. They were hired in the old days to find ideal sites for temples, tombs and ceremonial buildings. The geomancer set out in the wilderness to locate dragon lines, armed with his trusty feng shui compass and his knowledge of geographical features and the constellations.

Today, the Chinese still use feng shui and geomancers to help them tap into the earth’s natural energies.

[The photos are from pixabay.com.]