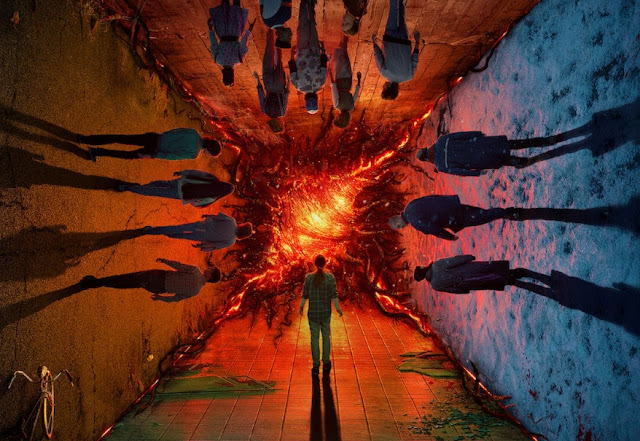 Television series have a lot in common with books. It’s often the cast of characters that keep their fans loyal.

Think of the Winchester brothers and their monster-hunting friends in Supernatural. Or if your tastes run to something more prosaic—the lifeguards of Baywatch.

And that’s why I love Netflix’s Stranger Things series. It’s not so much the edge-of-the-seat tension and the scary monsters. It’s the characters. They’re not just interesting and compelling. They also develop and change, as we see in Volume 1 of the latest season.

By the way, my apologies for not posting recently. I’ve been hard at work with my latest book, the third installment in my urban fantasy The Geomancer’s Apprentice series. I finished the first draft recently. Yay! My reward was allowing myself a few hours to binge watch Stranger Things 4.

The characters in the series are as familiar as apple pie. There is the not-so-smart jock with the heart of gold; the wisecracking smart kid; the female superhero with the frightening secret; the intrepid reporter; the kid from the wrong side of the tracks who falls in love with the good girl; and more.

I also like that the series is set in the 1980s. It mirrors the fun and feel-good quality of the movies that were released during that era. My personal favorites are The Lost Boys, Goonies, Stand by Me, Poltergeist, Big Trouble in Little China, and Fright Night.

And the music! It was the decade that gave us Cyndi Lauper, Kate Bush, A-ha, Tears for Fears, Bon Jovi, Michael Jackson, the B-52s, and Wham, to name a few of the memorable artistes and bands of the time. 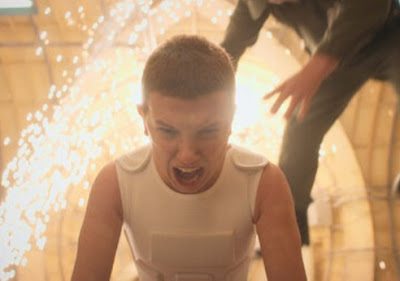 After an almost three-year hiatus, the series returns with the same beloved characters. They’re a little older, some of them are quite a bit taller, and a few are grayer. The great thing about using the same child actors is we see them grow during the life of the series.

The team has split up. Some of the main characters have moved from the fictional town of Hawkins Ind.—the seat of all the paranormal disturbances—and are now living in California. Police chief Jim Hopper is presumed to be dead. However, a series of bizarre murders suggests the “Upside Down” hasn’t finished yet with Hawkins.

Is the plot a little tortured? For sure! But the fans don’t mind because everyone wants the team back together to help Eleven fight the monsters. Because we care. We want the underdogs—the nerds, the bullied kids and the other unpopular sideliners in that fearsome jungle known as high school—to win. This doesn’t happen very often in real life but in Hawkins it does.

By the way, kudos to the showrunners for great casting—a special shout-out to Winona Ryder, David Harbour, Gaten Matarazzo, Maya Hawke, and Brett Gelman for how they handled their roles in the latest season.

So, I loved Season 4 so far. Like all the other fans, I’m impatiently awaiting Volume 2. I just found out to my delight that there’s going to be a Season 5.

That’s wonderful news. I’ve followed the series, and known these characters, for six years (2016 to 2022). The long interval between Seasons 3 and 4 has only made my heart grow fonder.

I’m not ready to say goodbye to my friends in Hawkins.

[The photos are from Netflix.com.]