Not Enough Ghostbusting in ‘Ghostbusters: Afterlife’ 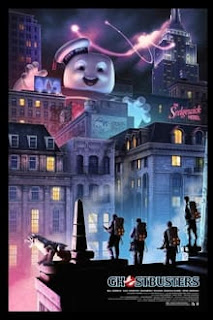 I loved Ghostbusters I (1984) and II (1989). The iconic opening scene from the first movie, where the team investigates the New York Public Library, was enough to hook me in. Pure campy fun. And then there was the theme song.

“Who’re you gonna call? GHOSTBUSTERS!” You could not get away from it even if you wanted to. The movie was huge.

Ghostbusters II was good as well, although perhaps not as good as the original. It was still fun to see the gang together. The chemistry between the actors was as remarkable as ever. Again, pure campy fun.

Sony Pictures tried to revive the original franchise in 2016 with an all-female cast. The effort ultimately was … unmemorable.

Don’t get me wrong. I am a fan of the talented female stars in the movie, including Melissa McCarthy and Kristen Wiig. Unfortunately, the reboot was slow and self-indulgent, and many of the jokes fell flat. For me, the best part of the movie was Chris Hemsworth’s character.

So you can understand why I dragged my heels on watching Ghostbusters: Afterlife (2021). Would I be disappointed again?

You know, it wasn’t half bad. By that I mean the filmmakers managed to mostly capture the charm of the 1980s movies. 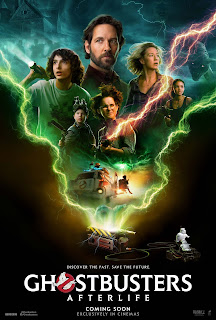 Mckenna Grace and Finn Wolfhard, the two teenage stars, were good. Paul Rudd demonstrated his usual comedic timing genius. I think he’s gotten to the point where he improves any flick just by showing up.

My criticism is that the movie flagged in the beginning, gaining steam only when the spooks appear. There was a lot of time spent over the kids’ initial adjustment to life in a new town (Summerville, Okla.), but not enough to the discovery of their grandfather Egon Spengler’s special vocation.

My biggest complaint, though, is the lack of actual ghostbusting. The original ghostbusters were run off their feet chasing after the paranormal in New York City. In the latest iteration, however, the monsters are rather scarce and benign. Gozer is so scary a child feels emboldened enough to tell jokes to their face.

Where’s the dread of the original flicks? This feels like a Disneyfication of the franchise despite it being one of the few blockbuster intellectual properties not owned by Disney.

That said, I was still delighted to see the old team reunited, albeit grayer and slower. I’m also interested to see whether there will be a sequel. The movie included a teaser during the credits that suggests the franchise may be headed back to New York.