Chinese New Year, also known as Lunar New Year or the Spring Festival, falls on Feb. 1 this year, as some of you may know.

The festival, which has been observed for around 3,500 years, celebrates the start of a new year in the Chinese calendar. Chinese people and many others of East Asian descent consider it the most important of the traditional festivals.

Chinese New Year’s origins are steeped in folklore and myth. According to one popular legend, there was a fearsome horned beast that emerged from the sea every New Year’s Eve to terrorize villages in ancient China. The beast ate people and livestock, and destroyed homes and buildings. The villagers fled to the mountains and hid from the monster during this period.

One New Year’s Eve, the residents of a particular village evacuated as per custom. However, they couldn’t persuade an elderly man, a newcomer to the village, to join them. They left without him. When they returned, they were shocked to find the village unharmed. The old man told them that he scared the monster away by hanging red paper on doors. He ensured the houses were brightly lit with candles. He also gathered bamboo sticks and set them on fire. The sticks emitted loud creaks and cracks when they burned.

The following New Year, the old man instructed the villagers to repeat what he did. They decorated their doors with red paper and set bamboo sticks ablaze. They also burned red candles in their homes and wore red.

As legend would have it, the monster never bothered the villagers again. 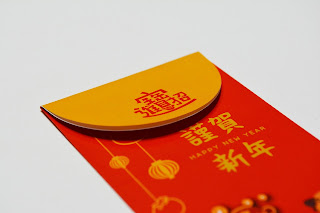 The Chinese calendar is based on lunar cycles. The Lunar New Year begins on the date of the second new moon following the winter solstice. This year, Chinese New Year festivities start Jan. 31 (New Year’s Eve) and end in the Lantern Festival on Feb. 15.

Chinese New Year is a time for family reunions and large feasts. It’s also a time to honor the gods and one’s ancestors. Among other customary practices, parents and grandparents dole out money in small red envelopes to children and unmarried members of the household.

The red packets are associated with another ancient legend. It seems that on New Year’s Eve, a demon would give children fevers by petting their heads while they slept. The kids were never the same again even if they recovered from the fever.

An important court official thought he could forestall the demon’s appearance by keeping his son awake. He gave the child a few coins to play with. However, the boy couldn’t stay awake and fell asleep. The father placed the coins on red paper and laid them next to his son's pillow.

When the demon came and reached out to touch the boy, the coins shone so brightly that they drove off the demon. It turns out the coins were eight immortal guards sent by the gods to protect the child.

After that, the red packets came to symbolize good luck and protection from harm.

Each lunar year is linked to one of 12 zodiac animals in this order: the rat first, followed by the ox, then the tiger, rabbit, dragon, snake, horse, goat, monkey, rooster, dog and lastly, the pig. Folklore explains how the order of the animals was determined.

It seems the Jade Emperor (the supreme being in Chinese mythology who rules the heavens, earth and the underworld) organized a race for animals that wanted to serve as his imperial guards. The animals’ ranks would be determined by the order in which they finished the race.

Twelve animals participated in the race. The rat got off to a good start but he was soon stymied when he came to a wide and turbulent river. The kind-hearted ox allowed the rat to sit on his shoulder when he crossed the rough waters. The ungrateful rat jumped off the ox near the finish line and dashed forward to win first place.

There are stories about how the other animals fared, but I’ll let you research that on your own.

Lunar years are linked not only to an animal, but also to one of the five feng shui elements (water, metal, wood, earth and fire). A previous post explains the elements in more detail.

Feb. 1 marks the start of the year of the Water Tiger. According to Chinese astrology, a Water Tiger year brings major change and disruptions. There will be drama and excitement, and risk-taking for some could lead to handsome rewards.

I’ll end by listing some of the dos and don’ts for the new year. The Chinese believe these practices will improve the feng shui—the flow of beneficial energy—in their homes. Positive energy in turn will attract wealth, health and luck. 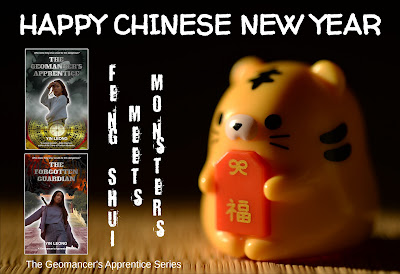