Interview With Feed My Reads

- December 04, 2021
Please check out my recent interview with the Time To Feed My Reads blog:
https://timetofeedmyreads.blogspot.com/2021/12/yin-leong-interview.html 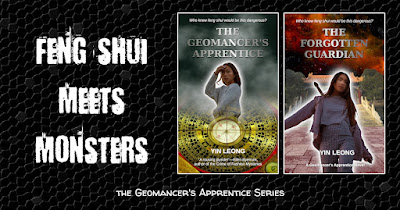 I discuss when my love for books began, why I write, and what it took for me to become an author.
Books Folklore Geomancer's Apprentice Original fiction