Three Days of Terror Before Thanksgiving 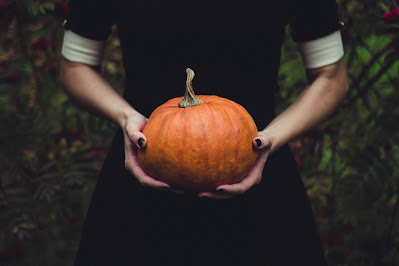 It’s three days to Thanksgiving, and I have movie recommendations that will help horror fans enjoy the holiday even more.

Watch a movie every night until Turkey Day. Or watch them all on the day itself, right after the Macy's Thanksgiving Day Parade.

Have a great Thanksgiving!

A college student stays in the dorm while most of her schoolmates go home for Thanksgiving. She is targeted and pursued by a cult of sadistic killers.

Does anyone else find empty college campuses creepy? If you do, this is the horror flick for you. The movie is fast-paced and exciting. 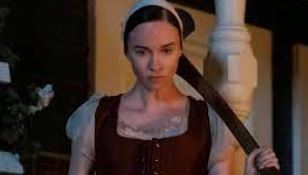 A woman invites re-enactors into her home to recreate an authentic Thanksgiving with the pilgrims, in the hope that her family will appreciate the holiday even more. Unfortunately, the actors take their work very, very seriously.

Pilgrim is from Season 2 of Hulu’s Into the Dark TV series produced by Blumhouse Productions.

This flick wasn’t especially scary, but it definitely has Thanksgiving written all over it.

A widower takes his new girlfriend and his two kids to his remote lodge in Massachusetts where they’ll spend Christmas. Unfortunately, he’s called away for work. The girlfriend and the kids start experiencing increasingly eerie incidents when they’re snowed in at the lodge. The occurrences are especially disturbing for the woman. As a child, she was the only one to survive the mass suicide of a cult led by her father.

This dark and unsettling movie will haunt you. Admittedly, it shows Thanksgiving only briefly. However, it’s the perfect lead-in to Christmas. For horror fans, that is.

The Lodge is available to stream on Hulu.

By the way, if you prefer your Thanksgiving lighthearted, how about watching (or rewatching) Addams Family Values?

Alright, this really isn’t a Thanksgiving movie. However, I bet you’ll love what Wednesday and Pugsley do when they’re forced to participate in a Thanksgiving play during summer camp.

The movie is available on Netflix.

Here’s a trailer for the new zombie movie Black Friday. It was released Nov. 19 and stars the incomparable Bruce Campbell.