Halloween Countdown: Movies to Get You in the Mood 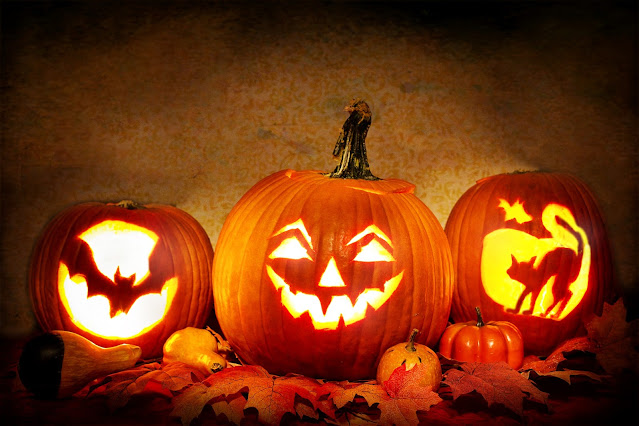 Some of you already have put out the pumpkins and bought the mums, and it’s still September. But when you’re looking forward to something fun, you want that anticipation to last. I understand.

To help with that anticipation, I’ve compiled a list of 10 movies that are sure to put you in the Halloween mood. Not only do they take place at Halloween, but they’re all about celebrating that zany, wacky time of year when the ghouls and goblins come out to play.

Watch one of my recommendations a week (and two a week for the last three weeks) to amp you and the kids up. Most of the movies are kid-friendly, but I’ll add a warning if they’re not. Many of you have already seen most of the movies. Watch them again with the kids. Kids have no problem watching the same movie over and over again. I know. The Teletubbies theme music is seared into my brain.

Enjoy, and Happy Halloween (in September)!

The movies are listed in no particular order. 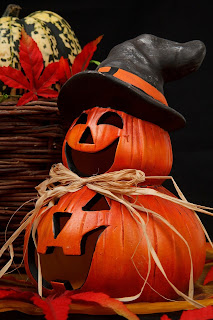 This Disney movie is so well-known it really needs no introduction. But for those of you who live under a rock, it features a trio of witch sisters—over-the-top fun from Bette Midler, Sarah Jessica Parker and Kathy Najimy—who wreak havoc in Salem, Mass., on Halloween. A special must-see for those who own black cats.

Witches again, but what’s Halloween without witches? This charming rom-com also has an undead boyfriend (I know, right? Just die already), a house on an island, and a curse. Intrigued? Let me seal the deal: Sandra Bullock AND Nicole Kidman star in it.

What’s not to like in this stop-motion animated film? It’s about a boy who can talk to the dead and who is tasked with ridding his town—Blithe Hollow, Mass.—of a 300-year-old witch’s curse. The movie also has zombie pilgrims, a vengeful spirit, an eerie forest and a trigger-happy mob. The scene in which the zombies pursue the boy and his friends down a dark mountain road is hilarious.

In this animated film, a boy is determined to get to the bottom of a haunted house in the neighborhood. This movie may make you cry. Just saying.

Monster House is available for streaming on Netflix. 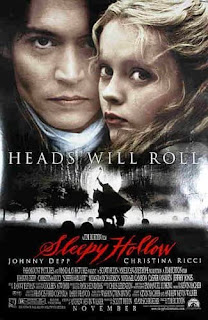 Tim Burton’s dark re-imagining of the adventures of Ichabod Crane sets just the right mood for Halloween. As the headless horseman stalks Crane, you can almost feel the damp chill of the autumn woods and the ground mist tickling your face. Danny Elfman’s music heightens the spookiness. A wonderful classic. Warning: there are gory scenes, so you may need to watch this without young kids.

A kid-friendly alternative to Burton’s movie is Disney’s The Adventures of Ichabod and Mr. Toad (1949). I love this old animated classic.

In this Canadian horror film, a young woman is terrorized on Halloween by hellish young kids wearing weird costumes. This movie has adult themes and gore, so it’s definitely not for kids. The critics didn’t particularly like it, but I think it sets the tone for a very scaarrry Halloween.

The movie is available to stream on Hulu.

This atmospheric flick features four interconnected Halloween tales of terror. It has gained a cult following since its 2007 release. A creepy boy wearing a burlap sack over his head appears in all of the segments. The film is a little too gory for my taste, but it captures the spirit of all things Halloween. Be warned: keep the kids away.

Did you think I would forget this perennial favorite? Of course not. This is a classic. No horror fan would miss this on Halloween. This definitely IS NOT for kids. Lots of killing.

You can watch this for free on The Roku Channel (with ads).

This film is very dark, and it's superior to the 2017 remake. Five medical students try to find out what lies beyond death. The ensemble cast is great. A special shout-out to Julia Roberts, Kevin Bacon and Kiefer Sutherland for doing what it is that they do. Adult and disturbing themes. I would keep the kids away.

Three sisters go to live with their aunt on Shelter Island. It’s Halloween and a major storm is brewing. Not only that, a supernatural killer starts picking off the islanders. This is a girl-power movie, which I always enjoy. It doesn’t have a lot of overt gore so I think it’s fine for ’tweens and teenagers.

Adam Sandler’s Hubie saves Halloween in this crazy, over-the-top (and slightly cringe-inducing) Netflix flick. I personally find Hubie a little too much, but I think the kids will adore him.

Warning: this is a full-on by-the-numbers slasher movie. A masked psycho stalks a group of teenagers who visit a Halloween-themed amusement park. Your older teens will like it.

Hell Fest can be streamed on Netflix.