'Midsommar': Heavy on Dread But Too Light on Plot 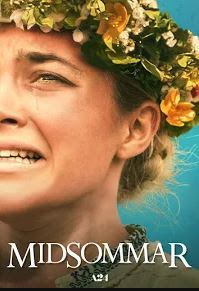 There was a lot of hype around Midsommar so I was excited when Netflix sent me the DVD. Ultimately, I found the movie … unsatisfying.

Don’t get me wrong—it was deeply disturbing, which never hurts for a horror flick. Some of the scenes were more graphic than I like. There also was plenty of dread and suspense that kept you on the edge of your seat as you wondered what lay in store for the protagonist and other characters.

What I found lacking was narrative and plot development. I wanted more of a story.

Midsommar was little more than an unfolding of increasingly bizarre and surrealistic events, with a heavy emphasis on shock value.

In the movie, a group of university students visit a classmate’s home in a remote Swedish commune. They are there to witness a neopagan midsummer ritual that occurs every 90 years. Dani Ardor is there with her boyfriend, who studies anthropology. Ardor recently experienced a tragedy in which her sister murdered their parents and killed herself.

The film has been compared to The Wicker Man (released in 1973 and remade in 2006), so it was clear from the very beginning that the students were going to come to a bad end. Not only that—you were primed for a fiery finale.

Midsommar was written and directed by Ari Aster, whose first movie was Hereditary. The pacing in Midsommar and Hereditary are similar—slow and measured. Like Hereditary, Midsommar is beautifully filmed, with some interesting visuals and camera angles.

In my opinion, Hereditary is the better movie of the two.