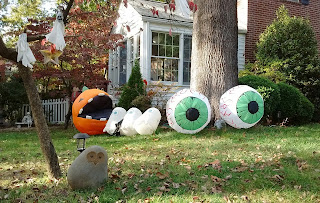 Gold- and flame-hued trees. The swish of leaves underfoot. Misty mornings and crisp afternoons. The smell of wood smoke in the air. A nip in the breeze. The days grow short and Halloween draws nigh.

Sadly, the coronavirus has made this year scarier than most. The pandemic also has robbed Halloween of many of its comforting rituals. While pumpkin carving and decorating the yard are still okay, it’s probably not safe for the kids to go trick-or-treating. Corn mazes are limiting their visitors. Most haunted houses are shuttered, and many Halloween events have been canceled. Although you can still wear a costume (and there’s no better time for a mask), it’s a bad idea to host or attend large parties.

But why forgo your frights? You can experience all Halloween has to offer from the safety of your couch. I’ve compiled, in no particular order, a list of 10 movies (technically 11, but who’s counting?) that I find most evocative of a quintessential American Halloween.

My list isn’t meant to be definitive, so let me know if you have different movies in mind, or if I’ve missed an obvious one. On that note, I deliberately omitted “Night of the Living Dead” because I find the ending too depressing.

Enjoy, while the ghosties and goblins gibber outside! 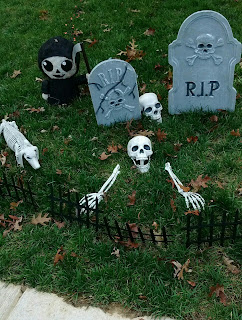 A tale about good witches who have to battle a crazed lover who returns from the dead. This quirky movie boasts beautiful visuals (a gorgeous Victorian mansion with its own conservatory; a picturesque town located on an island) and photogenic stars (Sandra Bullock and Nichole Kidman, among others). And the last scene, where the townsfolk gather on Halloween to watch the witches “fly” down from the roof of their mansion? Pure magic.

What’s not to like in this stop-motion animated film? It’s about a boy who can talk to the dead and who is tasked with ridding his town—Blithe Hollow, Mass.—of a 300-year-old witch’s curse. The movie has zombie pilgrims, a vengeful spirit, an eerie forest and a trigger-happy mob. The scene where the zombies pursue the boy and his friends down a dark mountain road is hilarious.

This atmospheric flick—which features four interconnected Halloween tales of horror—has gained a cult following since its 2007 release. A creepy boy wearing a burlap sack over his head appears in all of the stories. The film is a little too gory for my taste, but it definitely captures the spirit of all things Halloween. I especially liked the story in which kids visit a school bus that crashed in an old abandoned quarry. Shiver!!!

I’m not a big fan of slasher films, but no Halloween movie list is complete without this picture. I watched it recently and still got scared, despite having seen it several times before! Don’t be surprised if director John Carpenter’s theme music is stuck in your head after watching.

I’ve watched a few of its sequels, and still think the first one is the best. Full disclosure: I haven’t yet seen the 2018 sequel in which Jamie Lee Curtis reprises her role as Laurie Strode.

Tim Burton’s dark retelling of the adventures of Ichabod Crane sets just the right mood for Halloween. As the headless horseman stalks Crane, you can almost feel the ground mist tickling your toes and the damp chill of the haunted woods. Danny Elfman’s music heightens the mood, being just the right blend of playful and mysterious. A wonderful classic.

This haunted-house flick isn’t strictly a Halloween movie, but it does take place in fall, and it’s one of my personal favorites. There is a vengeful ghost, a beautiful house by a Vermont lake, a ouija board, a terrified heroine, and it stars Michelle Pfeiffer and Harrison Ford. There is no jump-out-of-the-closet scares, but plenty of creeping suspense.

Again, not a Halloween flick, but you can’t beat this Spanish-produced and directed haunted-house movie for its pervasive aura of dread. It’s all mists and dark corridors, not helped by the fact that it takes place shortly after World War II, so lighting isn’t the best. I had nightmares after watching this movie. 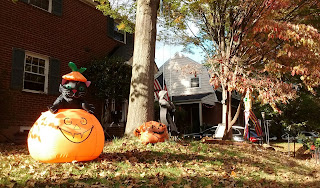 I found this move—about a Texas urban legend involving a school bus full of children killed in a terrible accident—chilling. It wasn’t a big-budget production, but effective nonetheless. The scene where the heroine discovers ghost fingerprints on her car’s windscreen gave me goosebumps.

I’ll wrap up with this Disney favorite, about a trio of witch sisters who cause mayhem in Salem, Mass., one Halloween. I thought Bette Midler, Sarah Jessica Parker and Kathy Najimy were over the top as the witches, but what can I say—the movie features Salem. And a magical black cat. And a graveyard with a reluctant zombie.

Zoinks! Can’t believe I almost left out the Scooby-Doo live-action flicks starring Freddie Prinze Jr. and Sarah Michelle Gellar. I added these mostly for sentimental reasons (I’m a BIG Scooby fan). The two movies are juvenile and campy, but what’s more Halloween than a villain in a zippered suit? `Nuff said.